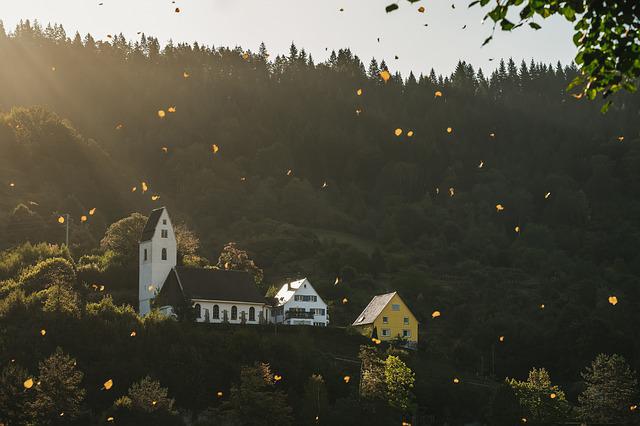 Here’s a Golden House Story of a little girl who wants to live in the golden house but when she reached what she saw from there let’s see.

Once there was a girl lives in a small house on a hill.

As she grew, she would play in the small garden near his house.

As she grew, she started seeing outside the fence of the garden.

When she saw outside the fence, she could see a house on the hill top with golden windows.

She was very excited to visit the house whose windows are golden.

She was very excited to visit the magical house which was at the hill top.

She sees the house and dreamt of living in that house.

She got to an age when she gained enough skill and sensibility to go outside the garden fence.

She asked her mother to drive out to the lane up and down.

She agreed but also told not to go too far.

The day was beautiful and the little girl knew where she was heading.

She rode her bike and went to the golden house.

She parked her bike outside the house and when she entered the house she was surprised.

She saw that all the windows were plain and rather duty.

It was the sunlight that reflects through the window.

She was so sad that she didn’t go any further and returned.

As she took her bike and was about to move she saw a sight that amazed her.

She saw a small house and his window glistened golden.

As the sun shone on her little home.

Everything you wanted is inside you already. So don’t search outside it’s the You.

We see in life how people suffer a lot for their desires but at the end when they achieve it then they know that what they had was the only treasure.

And except that all are illusions.