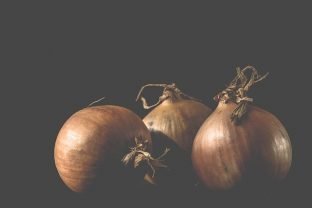 Here’s a Comedy Story in English where a young boy got fooled because he became greedy and his brain stop working. let’s see

A long time ago there was a young boy who lived in a village.

He has a spirit of doing something for his family.

After searching for many days he didn’t get any work but he has the skill of making delicious foods.

One day a traveler came to his village and decided to spend a night in the village.

When the young boy came to know he went to meet him.

The young boy then wanted to know about that country with no onions.

The traveler said to the young boy, “I have spent a day in a country where there were no onions”

The young boy had an idea.

He rushed to his house and gathered his clothes and packed the bags full of onions.

As the sun rises he went to the country where the traveler has given an address.

He reached out of the king’s palace and told the guards to let him meet the king because he has bought a thing that his king want.

The king called the young boy and the boy offered the onions to the king.

The king first hesitated but then ordered to make a dish with onions.

On that night when the king, ministers, nobles eat the dishes with onions they all praised the young boy.

After having dinner the king gave the young boy bag of gold coins in exchange for onions.

When he was returning home he was very happy and on his way, he met the traveler and told the story.

The traveler was happy for the young boy.

The traveler then said to the boy, “That country doesn’t have ginger too”

The boy listened and started smiling in his mind.

The young boy was thinking they have exchanged onions with gold coins and if I provide them ginger then they will reward me with the more precious gift which will be diamonds.

He happily went to the country with a bag full of garlic.

The servants allowed the boy to meet the king.

Again king ordered to make a dish with garlic.

The young boy with his skills makes delicious food.

All ministers, nobles, and the king eat the dish and start praising the young boy.

After having dinner when the boy was waiting for the reward the king and ministers were deciding the most precious thing we should give to the boy.

Then the king appeared and gave the young boy a bag of onions because in that country onion was more precious than gold.

Impatience can cause wise people to do foolish things.

We see in life how we get fooled by people but if we work with our open minds then no one dares to fool anyone.